The Real Cost of Going Organic

It is clear American’s desire organic foods; demand is soaring with nearly 80% of households including some organic foods as part of their purchases. Sales totaled $35.9 billion in the U.S. for 2014 and accounted for 12% of all produce sold. The number of certified organic farms increased last year to 19,474, however inability to keep pace with demand keeps organic foods much pricier than conventional varieties.

$3.49/lb vs $1.49/lb for an organic Granny Smith apple vs. the conventional variety at my supermarket this weekend. The price difference is easy to see, but the quality difference is much harder prompting the question, is organic food worth the added cost?

Organic refers to farming practices which do not use synthetic pesticides, bioengineered genes (GMO’s), petroleum or sewage-based fertilizers, and remain separate from conventional products. Organic livestock must have access to the outdoors, eat organic feed, and not be given antibiotics, growth hormones, or animal-by-products. It is important to note in organic farming certain organic pesticides are allowed as are natural fertilizers such as manure and compost.

Some studies show use of pesticides in conventional farming, even at low doses, increases the risk of certain cancers such as breast cancer, brain tumors, lymphoma, leukemia, and prostate cancer. Some experts also attribute the use of antibiotics in meat production to increases in antibiotic-resistant bacteria resulting in serious public health concerns.

The question as to whether organic food is healthier has not been substantiated due to lack of significant scientific evidence. Studies on vitamin and mineral content of produce is all over the map and varies greatly. Studies do consistently show organic milk, meat, poultry, and eggs have higher levels of omega-3 fatty acids which can help reduce risk of heart disease, depression, stroke, cancer, and other diseases. Further research on benefits of organic foods is needed.

For people concerned about exposure going organic might be worth the added cost. Studies consistently show organic foods have lower residue and fewer pesticides compared to conventional varieties. Each year the Environmental Workers Group identifies the top twelve produce as the “dirty dozen” most contaminated with pesticides and residue. Targeting organic varieties of these foods would be a good start. Alternatively the “clean fifteen” are the fifteen least contaminated conventional produce which might support more cost efficiency if buying 100% organic is not economical. Check out their website for more information.

Children love sweet tasting foods, and as any parent knows, growing independence and testing boundaries can lead to many battles over which foods your child will eat. So many parents strive to emphasize healthy eating habits and nutritious food, only to be faced with kids who would prefer cookies over eggs for breakfast. New research from the University of Washington and the Monell Center shows nature rather than nurture might be the reason for your child’s love of sweets.

Findings reported in the journal Physiology & Behavior found a relationship between children’s increased desire for sweets and their growth rate. When growth is rapid, calorie demands increase as a biological need. Researches speculate children are programed to like sweet taste because it is a high energy source. Studies found as children’s physical growth slowed their preference for sweets declined as well.

As parents it is important to teach moderation when it comes to sweets rather than keeping them entirely off limits; constant denial can lead to obsession. When your child is looking for sweets provide sweet options which are also healthy such as green smoothies, apple slices, sweet potatoes, yogurt, and trail mix. The American Heart Association recommends children limit their sugar intake to 3-8 tsp (12-32g) daily, depending on their age and calorie needs. This allows for small treats on occasion but should not be an every day occurrence.

Avoid keeping a cookie jar or displaying sweets in plain sight. Instead display fresh fruit at eye level. Avoid attracting extra attention to sweets such as      declaring “ice cream time” or using sweets as a reward. Be a great role model by eating healthy foods with your children and limiting your sweets consumption.

When helping your child with food selections provide questions with limited choices such as “would you like strawberries or apples” rather than open ended questions such as “what would you like to eat”. If your child insists on sweets firmly but patiently provide an alternative “you cannot have cookies but you can have apples with peanut butter”. Standing your ground and remaining   consistent is important.

It is a parents’ job to provide a range of healthy foods, but it is the child’s responsibility to choose what to eat and how much. Using food as a reward or pressuring children to clean their plates interrupts their ability to recognize their body’s cues. Focus on providing sufficient energy from nutrient dense foods, creating pleasant family mealtime, and offering a range of options for your child to select from.

Posted by Unknown at 4:26 PM No comments:

Looking to stay trim? Apples are ranked as one of the most satisfying foods to control appetite. Satiety, the physical sensation of appetite being satisfied, is short lived after eating refined foods and simple sugars such as pretzels, crackers, and juice. Highly satiating foods, such as apples, have high fiber and water content, which fill your stomach for less calories.

The skin of apples contain a compound called ursolic acid, which increased calorie burn and reduced the risk of obesity in one animal study. Another compound, called quercetin, has been found to inhibit enzymes that breakdown carbohydrates. The compounds decrease the absorption of glucose in the digestive tract and stimulate insulin receptors which increase uptake of glucose helping less sugar enter your bloodstream.

Ranked as one of the top antioxidant rich fruits, apples are associated with a decreased risk of chronic disease. One medium apple has 90 calories and is packed with 4g of fiber. A type of soluble fiber found in the flesh of an apple, called pectin, has been shown to lower “bad”  LDL cholesterol and possibly decrease blood pressure as well. Other phytonutrients found in apples has been shown to prevent oxidation, inflammation, and cancer.

Brain health studies have found promising signs of apples protecting neurons from oxidative stress which could help reduce the risk of neurological disorders such as Alzheimer’s Disease. Pulmonary research has also found regular apple consumption was associated with better lung function and lower risk of asthma particularly in children.

All varieties of apples offer health benefits and should be part of your healthy balanced diet. Some studies did identify certain varieties having higher phytonutrient levels than other. These varieties include: Fuji, Red  Delicious, Northern Spy, Fortune, Gala, and Liberty.

When considering the type of apple to purchase, organic varieties contain far less pesticides and residue compared to commercial varieties. Skinning an apple with help remove residue, however a large amount of nutrients will be lost. Purchasing organic and eating the skin provides the most nutrients with the least exposure to pesticides and harmful residue.

Apples make for a wonderful snack and pairing it with protein will increase your satiety even more. One medium apple and 10 almonds is 160 calories. Or try pairing it with 1 tbs of peanut butter for 185 calories.

Posted by Unknown at 1:41 PM No comments: 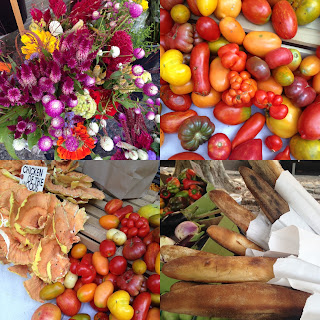 What are Processed Foods?
· Any food that has been altered from its original state.
· Foods that contain additional ingredients such as sodium, sugar, fat, preservatives, and artificial ingredients.
· Includes everything from heavily processed hot dogs to minimally processed organic pasta sauce.
· Read food labels on packaged foods to determine if any other ingredients has been added. Avoid foods with a long list of ingredients or any ingredients you cannot pronounce.

Is Processing Bad?
· Processing is not always bad; it can remove toxins and bacteria by pasteurizing milk. It can allow us to eat foods that are not in season by freezing or canning vegetables. It can alter the consistency and taste to make foods more appealing by blending fruit and vegetables together for a smoothie.
· Pasteurized milk, frozen vegetables, and green smoothies are all examples of minimally processed foods which have a place in a healthy lifestyle.
· Ultra-processed foods such as diet soda, baked goods, chips, and ready-to-eat foods such as Rice-a-Roni are foods to avoid. Health problems such as obesity, high blood pressure, high cholesterol, diabetes, and depression have been associated with ultra-processed food consumption.

Eat Clean!
· Clean eating does not mean everything you eat must be raw and straight from the ground. It does mean choosing minimally processed foods with few added ingredients prepared in healthy ways.
· Clean foods such as produce, dairy, and meat are along the perimeter of a grocery store. Shop along the perimeter and avoid going deeper into the center of the store where more processed foods are located.
· When selecting foods ask yourself: Where did this food come from? How much has it been processed or handled? Are all ingredients recognizable? Does it contain healthy foods to nourish me?

Posted by Unknown at 1:18 PM No comments: