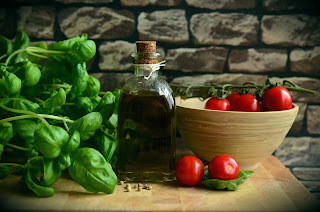 Chronic pain interferes with daily life and is a big problem, with over 3 million cases in the US each year. Dealing with constant pain can lead to lack of energy, feeling tired, mood changes, and difficulty sleeping. The cause of chronic pain is not always obvious but the daily struggle is real.

Some evidence suggests long-term inflammation in the body can be a trigger for chronic pain. As can being overweight since more stress is placed on joints. According to the CDC more than 70% of American adults are overweight which is a big concern for health and well-being.

Taking a closer look at chronic pain, researchers from Ohio State studied men and women ages 20-78 and found those who followed the Mediterranean Diet rich in fish, olive oil, fruits, vegetables, nuts, and beans had less pain regardless of how much the participant weighed. The Mediterranean Diet is known for its anti-inflammatory benefits as well as for its anti-aging and disease fighting powers.

More research is needed on blood markers of inflammation and long term dietary choices before cause-and effect can be confirmed, but researchers are encouraged by their findings and the association between diet and pain management.

Eat Out Italian, and Lose Weight 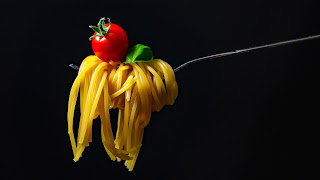 Our culture loves to eat. Dining out is a social event where we relax, enjoy food good, and enjoy great conversations with friends. American’s are eating out more than ever and unfortunately it is resulting in an obesity epidemic. We all know eating at home is more calorie conscious, but it also is not always feasible. Is it possible to eat out regularly and still lose weight?

Let’s say you want to be weight conscious Friday night when eating at an Italian restaurant. You are going out with friends so you want to enjoy yourself but you still want to make health choices.

You arrive at the restaurant hungry and fresh bread is placed on the table so you enjoy just one piece (80 calories) with a small amount of butter (40 calories). You practice good willpower and  resist a second piece of bread.

You skip the heavy appetizers and order a Caesar salad. Recognizing it has a lot of oil and cheese you only eat half (200 calories). Your plan is to limit starches so you order Chicken Marsala with steamed vegetables and no pasta. It is so good you eat three-quarters (575 calories).

You are having a great time with friends and enjoy 2 glasses of wine (250 calories). Your friends want to order dessert but you resist. You made some great decisions to cut out calories, but your total intake was still 1145 calories, way over your goal.

People following a 2000 calorie diet need about 500-600 calories at meals. People trying to lose weight with lower calorie goals need even less. Is it possible to eat out and still lose weight? It is if you stick to your calorie goals. Try this approach the next time you go out for Italian…

Eat an apple or another small healthy snack 1-2 hours before dinner so you don’t arrive at the restaurant starving. Skip the bread altogether and enjoy only 1 glass of wine (125 calories). If you feel the need for an appetizer try a bowl of minestrone soup (110 calories). Order a grilled salmon salad (without cheese, avocado, nuts, or dried fruit) with clear dressing on the side to use sparingly. Plan to eat about 1/2 the salmon and most of the salad (350 calories). Skip dessert and you are at 585 calories for the night. Skip the wine or soup and you are even less!

Many restaurants are now offering entrees under 600 calories which are great choices to select. Restaurants such as Harvest and Season’s 52 pride themselves in offering entire menu’s under 500 calories making them wonderful options for a night out with friends. Learning to eat all foods in moderation is important for a healthy lifestyle, and selecting smaller portions and lower calorie menu items sets you up for success in fitting the battle of the bulge.

*these are general estimates, portion sizes and cooking methods vary  greatly among restaurants 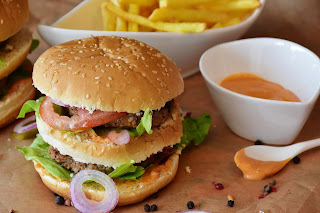 People following strict diets often cut out a lot of foods in an attempt to lose weight and be healthier. Stopping your favorite foods cold turkey can be quite a challenge, especially when cravings kick in.

To prevent feeling deprived the idea of a cheat day has emerged. This is typically one day per week or a few days per month when forbidden foods can be consumed. The belief is that a cheat day builds willpower and acts as a reward for following such a strict diet the majority of the time.

One study published in the International Journal of Obesity found participants who took small breaks in their diet kept more weight off over a longer period of time compared to participants who dieted continuously.

While a cheat day makes sense on paper, the reality is that it is very easy to go overboard. One cheat meal can easily turn into an entire cheat weekend and derail all the progress made during the week. In reality, portion control even on cheat days matters greatly.

In order for a nutrition plan to be successful it should be a routine you can stick with long term. State of mind and personality plays a big role too. Some people’s personalities allow them to eat treats in moderation, while others need an all-or-nothing approach to be successful. Understanding the type of mindset, personality, and will-power you have can help you decide if a cheat day is going to help you or not.

If you do believe a cheat day will help you, plan out your indulgence ahead of time. Have a game plan, stick to your portion size, and avoid going overboard. It’s all about self-control and staying on track the majority of the time. 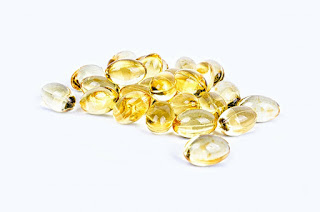 Vitamin D is called the sunshine vitamin because the body can produce its own supply from sunlight. Long known for its role in bone health, over 200 genes respond to vitamin D making it a determinant factor in the development of many diseases. In fact, one study following 50,000 men for 10 years found those deficient in vitamin D were twice as likely to have a heart attack compared to men with sufficient vitamin D levels. Low vitamin D levels were also associated with higher risk of heart failure,   sudden cardiac death, stroke, and cardiovascular disease.

A new study published in the International Journal of Nanomedicine highlights the innovative research conducted at Ohio University on vitamin D and cardiac health. Researchers used nanosensors, that are 1,000 times smaller than human hair, to measure vitamin D’s impact on endothelial cells that line the heart and entire circulator system. They discovered vitamin D was a stimulator of nitric oxide which regulates blood flow and can prevent blood clots from forming. Vitamin D also reduced levels of oxidative stress in the cardiovascular system. Researchers found treatment with vitamin D reduced risk of heart attack and restored damaged endothelial cells caused by atherosclerosis, hypertension, and diabetes. To date, no other system has been shown to do that.

42% of US adults are deficient in vitamin D, the highest rates are among African Americans, Hispanics, elderly people, overweight people, those with IBS or Crohn’s, and people who have limited sun exposure. People living in the Northern United States above Richmond, VA are more at risk for developing vitamin D deficiency in the winter due to the angle of the sun preventing UVB rays from being absorbed by the skin.

The recommendation for most people is to obtain sufficient sunlight or to consume 600 IU of vitamin D daily, 800 IU for people over 70 years of age. The author of the study suggests taking vitamin D in even higher amounts might benefit people seeking treatment for damaged cardiovascular cells. Since vitamin D is fat soluble and taking too much could lead to toxicity do not exceed 4,000 IU daily unless under doctor supervision.

Posted by Unknown at 8:53 AM No comments: